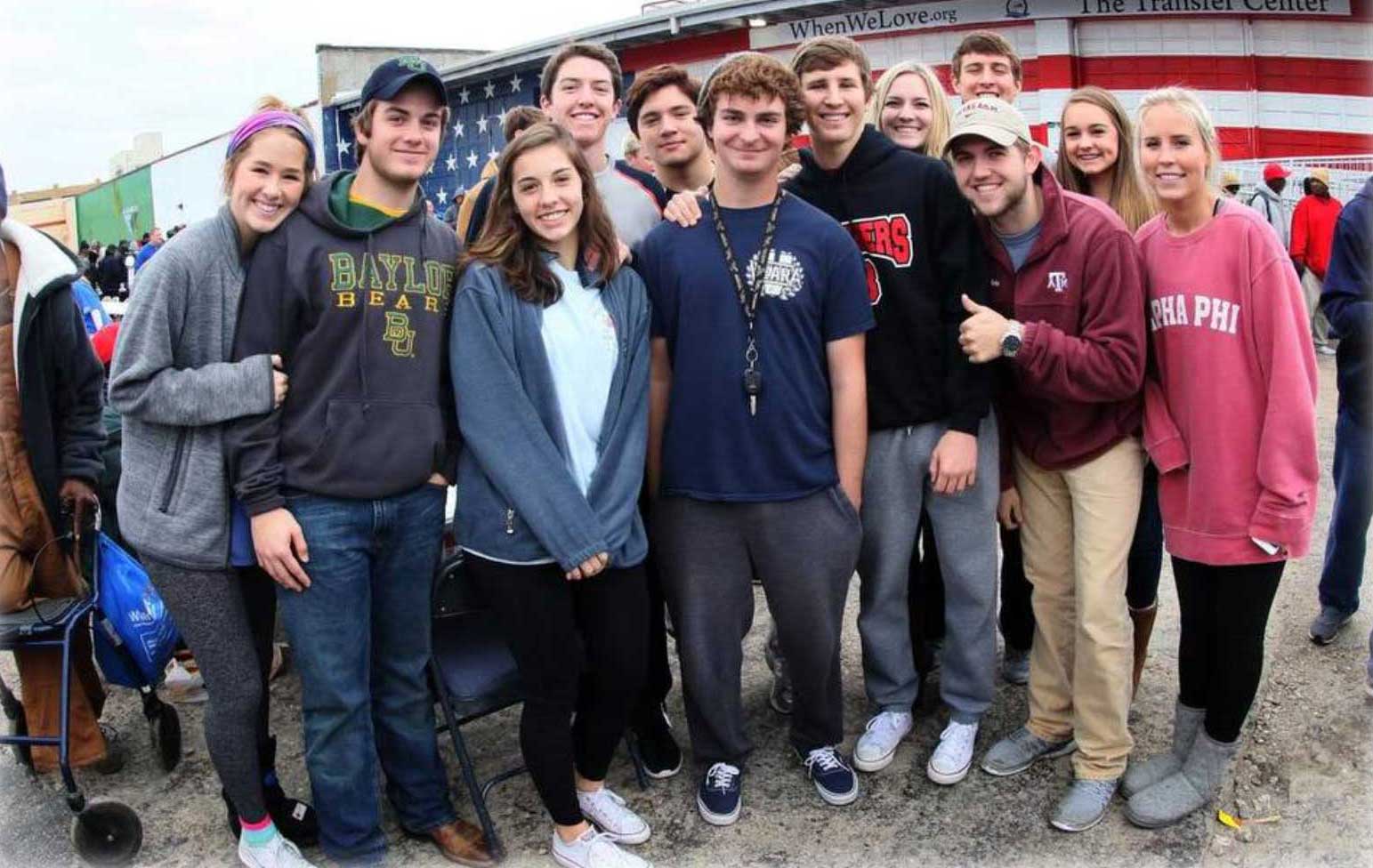 BY SANDRA ENGELLAND
The arrival of Valentine’s Day makes most of us think about what we can do to show others how much we care. For some big-hearted folks in Keller, however, Feb. 14 is just another day of showing love to those in need because it’s their way of life. Here’s an introduction to the local residents behind several inspirational nonprofits that make the community a better place — in large and small ways — on a daily basis.

Sometimes, a helping hand starts with something as simple as a blanket.

That’s where it began 10 years ago for Cyndi Bunch, as she tucked her 7-year-old son, Phillip, into bed one cold winter’s night. They’d been driving the streets of Fort Worth that day, looking for the boy’s father, Phillip Sr., whose battle with severe mental illness drove him to leave home and live on the streets.

Young Phillip asked if his daddy and other homeless people were warm, and Bunch admitted that they probably were not.

It became a growing concern for the child, and it prompted Bunch to launch a nonprofit called Phillip’s Wish and a drive to collect blankets to distribute to the homeless.

That first year, they handed out 200 blankets. Four years later, the collection and distribution figure was 20,000, with donations expanding to include gloves, hats and other cold-weather gear. By this past December, just a few days before Christmas, about 600 homeless people gathered on a street corner on East Lancaster in Fort Worth where more than 200 volunteers with Phillip’s Wish and other charities handed out hundreds of blankets and winter apparel. Recipients also benefited from a warm meal that included pulled pork sandwiches, potato salad, desserts and snacks.

“This is my passion and my purpose,” Bunch says. “You find your passion through your pain. I wouldn’t have ever thought to help on my own. It took my son to wake me up.”

Bunch’s vision for helping the homeless continues to expand. Phillip’s Wish is partnering with several other charities that assist the homeless at the Transfer Center on East Lancaster and working toward a goal of helping to get more people off the streets and into housing.

A movie based on Phillip’s Wish, titled 5,000 Blankets, is in preproduction with Jorva Productions; it has a distribution agreement from Affirm Films, the faith-based division of Sony that distributed War Room and Fireproof. Bunch says it is expected to hit theaters next Christmas.

YOU FIND YOUR PASSION THROUGH YOUR PAIN. I WOULDN’T HAVE EVER THOUGHT TO HELP ON MY OWN. IT TOOK MY SON TO WAKE ME UP. – Cyndi Bunch, founder of Phillip’s Wish

Phillip, now 19, remains active with the charity and was one of the featured speakers at the group’s Dec. 19 kickoff event in Southlake.

“Phillip’s Wish, I think personally, is a bigger thing than anyone can imagine,” Phillip says. “When you hand a person a blanket, it’s not just keeping them warm. It’s hope.”